The WordPress Vulnerability report is as follows.

What the Elegant Themes Vulnerability Is

Several new WordPress plugin vulnerabilities have been discovered this month so far. Make sure to follow the suggested action below to update the plugin or completely uninstall it.

5. The Official Facebook Chat Plugin for WordPress Was Vulnerable to Takeover

It is crucial to the security of your WordPress site that you have an update routine.
You should be logging into your sites at least once a week to perform updates. 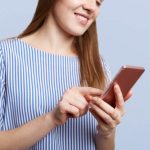