Google has just announced that it will no longer obey robot.txt Noindex directives that were used to control the files crawled by Google Bot.

Most of us have been using this to restrict access to admin files and many other files that were not intended to be crawled by Google and Other Search Engine Bots.

According to the official tweet from Google, the webmasters have time until 1 September 2019 to use alternative methods to deny Google bot to crawl the files and folders.

What alternative do webmasters have for Noindex?

Need Help In Getting Noindex setting right - Contact Us 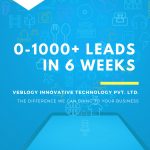